2022 Performers (Live Entertainment)
The King City Craft Beer & Food Truck Festival will be held in Memorial Park (King City) and will showcase some of the best craft breweries and a variety of delicious food trucks. There will also be two stages featuring different artists/bands throughout the entire event. Come enjoy non-stop live music all festival long. Check out the 2022 Artist lineup. 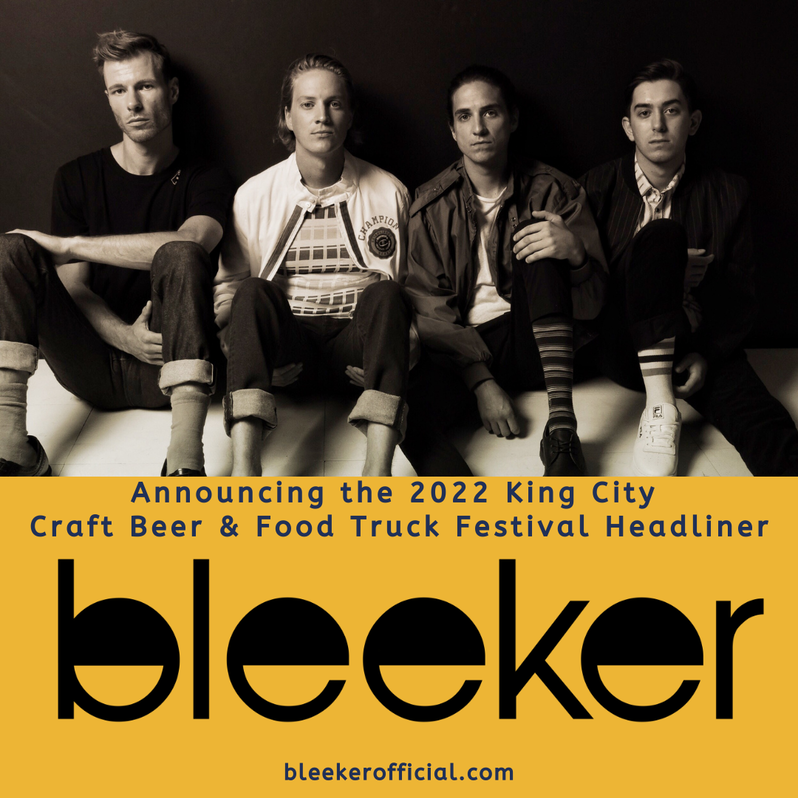 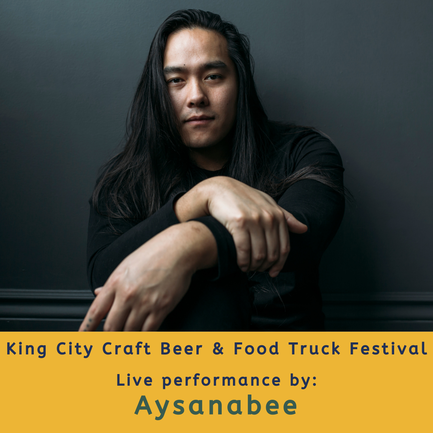 Live Performance - Aysanabee
Aysanabee is an Oji-Cree singer songwriter, producer and multi-instrumentalist who was first recognized performing for the Indigenous Music Awards emerging artist series in 2020. His songs and storytelling landed him a part in the Giiwewizh documentary series featuring 16 Indigneous artists from across Turtle Island. The series was directed by Sarain Fox and hosted by the International Indigenous Music Summit.

​He has since signed with Ishkode Records, one of the first Indigenous owned labels in the country and has played several major Canadian music festivals and opened for notable acts. He has released two singles with Ishkode and is currently working on his debut album with producer Hill Kourkoutis, the first woman to ever be never nominated for recording engineer of the year at the Junos. Live Performance - Conor Gains
Before Conor Gains writes a song he gets out of the way. After all, great songs come through people, rather than from them. The 27-year-old singer-songwriter, multi-instrumentalist, and producer makes music that evolves freely because it’s been crafted outside of the box — effortlessly synthesizing the unmistakable warmth of Classic Soul and Modern R&B, with the soaring melodies of Psychedelic Southern Rock and Pop, and bound together with the precision of an artist with an ear for Jazz. It’s both timeless and distinctly of the times; the product of a skilled artist whose deeply soulful and unyielding voice anchors a medley of sounds; the result of a musician with an earnest curiosity in the world, and whose lyrics reveal a salt of the earth honesty. Conor Gains believes in the knowledge-bearing potential of the open road — paired with an astute self-awareness that’s intentional about paying homage to the Black musicians that have influenced his music. It’s the blueprint for a new brand of multi-hyphenate artist. Live Performance - GRAE
​Dissecting her past to envision her future, GRAE is making new-wave pop music that’s both nostalgic and boundary-breaking. The Toronto-based singer/songwriter and multi-instrumentalist crafts a hazy pop world filled with spacious vocals, buoyant production, and deeply personal lyrics. It’s both starkly intimate and boldly ambitious - the sort of music that can soundtrack a bedroom hangout just as easily as it can a venue of thousands.

With over 15 million streams to her name, GRAE is one of the fastest-rising names in alt-pop. She has 120,000 followers on TikTok and 45,000 on Instagram while her music has been heard on ‘Nancy Drew’, 'The Bold Type' (Freedom), and 'Virgin River' (Netflix). She’s finding ears all across the planet and she’s doing it all on her own terms, chasing the music that makes her feel something even if it terrifies her. 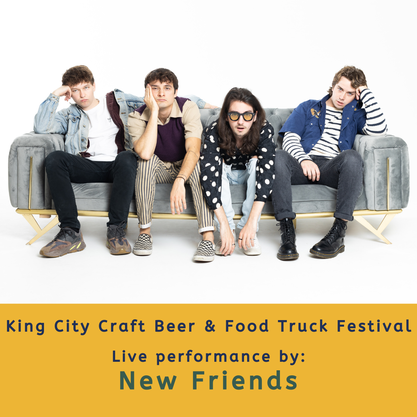 Live Performance - New Friends
With genre bending anthems translated through impactful and relatable emotions, New Friends are reinventing the standard for what popular music can be. As a product of their childhoods, they are nostalgic for the bands they loved growing up and continue to emulate those influences with a modern twist. When Stefan Boulineau, Ayden Miller, Cole Wilson and Conrad Galecki crossed paths as music students in late 2018, the group clicked instantly and began working on demos in dorm rooms in London, Ontario. It didn’t take long until their hook-filled debut single, Purple Candy was out in the world. Reaching over 3.5 million streams on Spotify and climbing. They were recently announced winners of the "It's Your Shot" contest in Canada worth $100,000 in Artist Development. With a charismatic frontman in Boulineau who displays dreamy originality in his voice, metaphorical yet relatable lyrics from Miller, rich guitar melodies from Wilson, and production magic plus class writing from Galecki, New Friends is rapidly becoming a recognized sound around the world. 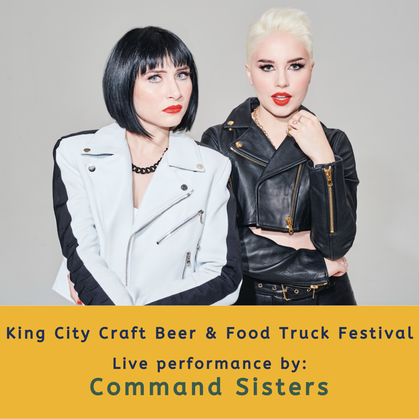 Live Performance - Command Sisters
Highlighting high fashion heat and even hotter hooks, Command Sisters exert this effect on tape, on stage, and everywhere else for that matter. The sisterly duo—Charlotte and Sarah Command—turn life’s ups and downs into eloquent and entrancing alternative underpinned by live instrumentation and bold production. From music to fashion, the Toronto band make a statement with everything they do. “We are a yin and yang, my sister and I.

​Both literally and figuratively; Charlotte’s hair is usually black, and mine is blonde or white. Our look reflects our synergy; the songs that Charlotte writes partnered with the instrumentation I bring. This is our identity.”​ 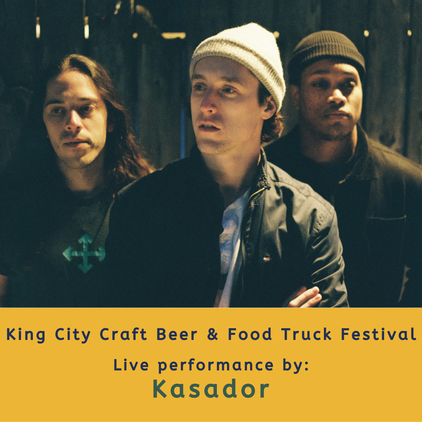 Live Performance - Kasador
​Kasador are a Kingston-based rock band formed in 2015. The group is comprised of Cam Wyatt (vox/guitar), Boris Baker (bass), and Stephen Adubofuor (drums). After a couple of years cutting their teeth on the road the band released their debut album ‘Brood & Bloom’ in 2019, which they toured extensively in support of right up until the covid pandemic. Now with a slight lineup change that has seen Cam Wyatt take-over lead vocals, the band has a fresh new start and sound. Kasador are preparing a new album that defines clearly to them what it is to be young in these complicated times. With lyrical content rooted in alienated youth, anxiety, fear of growing up, figuring out who you are, and wanting to connect to the outside world but not knowing how to, the band bows to and holds dear the connective powers of music. Live Performance - Fade Awaays
Fade Awaays are a Toronto-based Indie/Alternative rock band formed in 2013. The group is comprised of Reid MacMaster (guitar/vocals/percussion), Duncan Briggs (bass/vocals/synth), Sean Hackl (guitar/vocals), and Owen Wolﬀ (drums/vocals/percussion). The group has a democratic approach to making music: each member contributes to lead vocals and songwriting. After getting started in the Toronto club scene, Fade Awaays began their career relentlessly gigging throughout the city and beyond. Setting out on multiple tours of Ontario and Eastern Canada, all while ﬁnishing high school and completing music college. While gaining experience putting on exciting and dynamic stage shows, Fade Awaays found themselves building a strong and dedicated fan-base.  Fade Awaays lend themselves to an immersive and nostalgic sound, akin to that of many popular bands of the mid-90’s. Finding inﬂuence in acts like Oasis, Primal Scream, Radiohead, Sloan and more. They are often noted for their “big” sound, and look to expand upon their raw and captivating live-energy by exploring new avenues of production, instrumentation and composition. 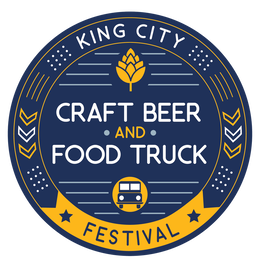